The aim of this project is to build a pathway around the Pauatahanui Inlet.

The idea was finally accepted by the Porirua City Council in 2004 when a memorandum of understanding between PCC and The Rotary Club of Plimmerton Inc. was signed.

This coincided with a grant from Mana Community Grants Foundation which combined with funds allocated by PCC allowed constructions to commence.

The first section was from the Pauatahanui village to Motukaraka point a distance of some 2395 meters and a cost of $940,000.

The first section of pathway was completed in 2014 and officially opened on 22 May 2014.

Planning immediately started on the next section from Motukaraka Point to join with the Cambourne Walkway a distance of some 1,846 metres. This however is far more challenging and as is estimated to cost some $2.5 million on total.

Resource consent has now been granted and tenders are expected to be within the next few weeks which will allow construction to commence on one stage of the next section.

The section included the bridge over the Kakaho stream which Trust House has granted $100,000 towards.

Construction is expected to be completed before the end of the year.

The PCC have allocated one million dollars over 3 years to the project and Rotary and the community is tasked with raising the remainder.

As more funds become available more sections with be tendered.

The Rotary Club of Plimmerton Inc. is extremely grateful of the support Mana Community Grants Foundation and Trust House have given us for this project and we look for working closely with you in the future. 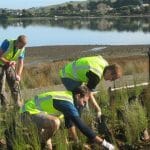 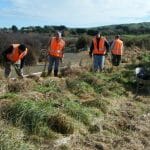 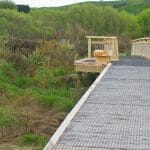 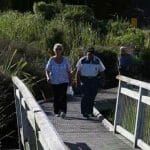 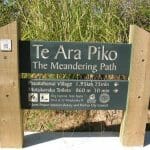