The six-camera set up is costing around $30,000 with money coming from the MBA, Rotary, Martinborough Community Board and a Give-A-Little campaign. Trust House Foundation has provided the biggest injection of cash with a grant of $7000.

There has been other support in-kind with Campbell Technologies supplying all of the cabling required for free.

The cameras will be covering exit and entry points to the town square. Only Police will have access to recordings, which can be done remotely from the Masterton Police Station.

MBA committee member Mike Anders says the primary motivation for installing the cameras is to act as a “deterrent”.

“It is about protection and prevention as opposed to catching criminals,” he says.

“It will also help to provide peace of mind to businesses and the community.”

South Wairarapa Police Sargent Richie Day said the Martinborough Community is not immune to crime and the town is seen as a soft target by predominately out of town criminals due to the remoteness of the town. They target the local businesses and also the holiday and weekend homes, he said.

“Having cameras installed will not only assist Police in solving crime and holding offenders accountable for their actions but the cameras will also prevent crime,” Sargent Day said.

CCTV cameras in Masterton have assisted Police in making numerous arrests for various crimes, he said. The cameras have also prevented numerous crimes from happening and numerous people from becoming victims, he said.

“I believe the installation of CCTV cameras and vehicle registration identification camera’s is a very good idea and it will greatly benefit the whole Martinborough community.”

The CCTV project has been on the MDA’s to-do list for sometime, but had stalled because of the cost. All that changed however when Charlotte Harding was appointed secretary earlier this year, Mike says.

“Charlotte coming onboard gave it the impetus that was required to make this a reality,” he says.

Since picking up the secretarial role, Charlotte has been progressing several other MBA projects which include, rebranding the organisation, plus a new website, scheduled to be launched in Spring.

She says the support for the CCTV project has been tremendous.

“A lot of businesses and locals recognise it as being a good thing. Martinborough is a popular tourist destination and only expected to get busier with the Dark Sky Reserve, so having more and more people visiting and walking around at night it is so important that they can do so while feeling safe.” 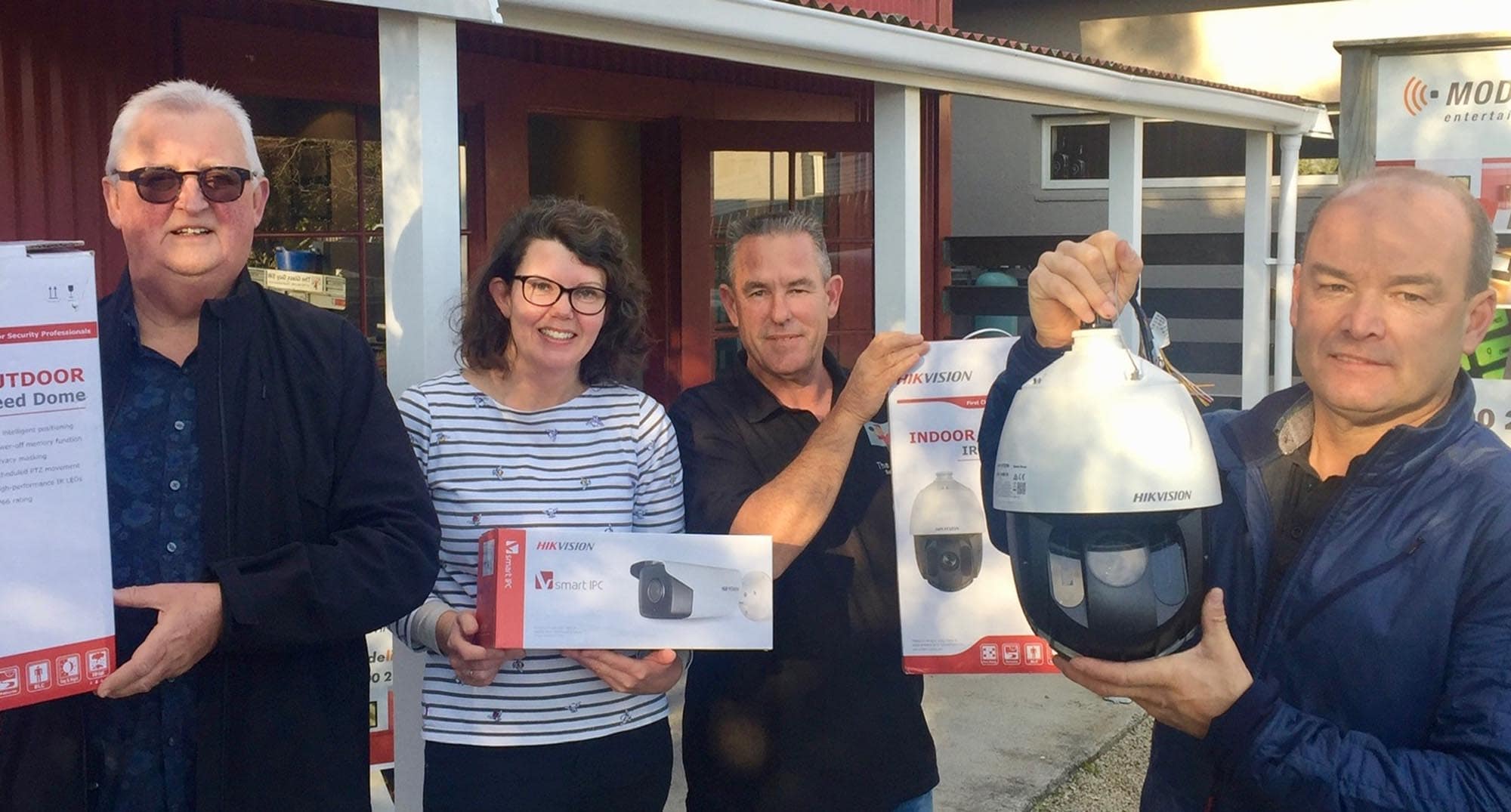