In late 2013 the South Wairarapa District Council announced its intention to build a town square in Featherston on a recently cleared site in the centre of the town.  A group of local residents got together early in 2014, and subsequently formed a Charitable Trust in August 2014, and made a submission to the Council proposing that the Trust facilitate the commission of a significant work by NZ sculptor, Paul Dibble, to be placed in the proposed town square to identify the town with the Military Training Camp that existed on the town’s boundary during the First World War. There is no person alive who can recall the time, nor is there any overt sign, in the town or nearby, that the camp existed.  Yet, the camp is a focal point in shaping the identity of the town and its relationship with Messines in Belgium.

Between 1916 and 1918 the whole Featherston district was a training ground, with men marching down country lanes, training on horseback, firing artillery shells into neighbouring hills, and learning to charge from practice trenches.  Featherston Camp and its two satellite camps could house almost 10,000 people at a time when Featherston town had less than 1,100 residents and Masterton, the largest town in the Wairarapa, less than 6000 residents.

Featherston residents made the soldiers feel welcome by building the Anzac Hall.

At the conclusion of their time in camp, all the recruits would march over the Remutaka Range to Kaitoke, where they spent the night before conducting a mock battle in the Mangaroa Valley.

The sculpture expresses this outward movement of troops over the hill and away to the faraway battle zones.  It is a work of regional, national and international significance – a testament to the people of the region and the nation, who were caught up in the global phenomenon of the First World War.  Certainly, let us look back and remember. But let us also remember that, even back then, the war was controversial and not universally supported. The design does not present itself as a monument to the War at all, nor soldiering, nor the fallen. Other structures adequately perform those functions. Rather, the concept presents a positive image of a small town “doing its bit” in a time of global crisis.

The sculpture will benefit the local community, the wider Wairarapa and New Zealand as a whole by raising awareness of this community’s cultural historical significance and the heritage of the region – education through public art. 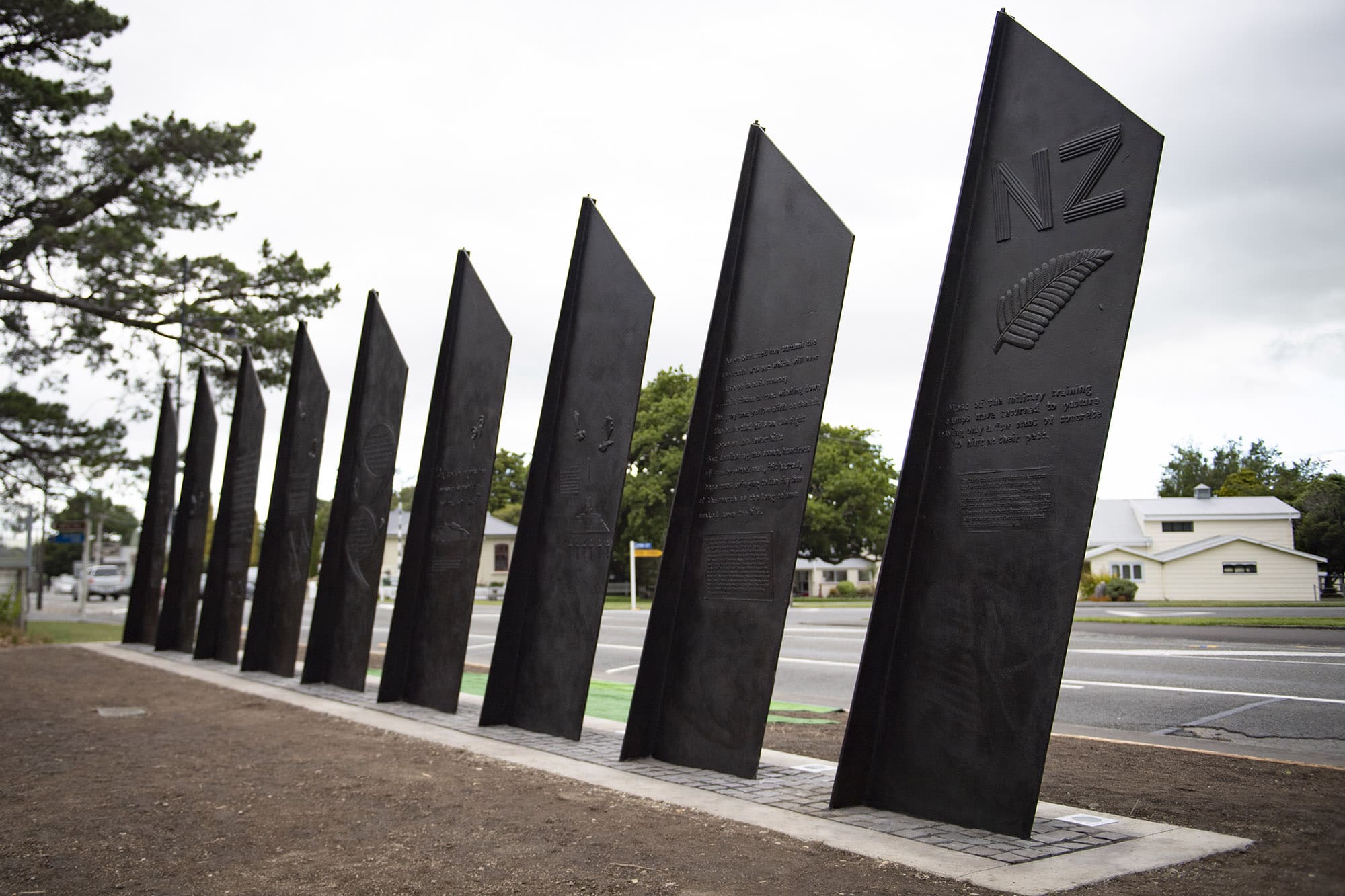 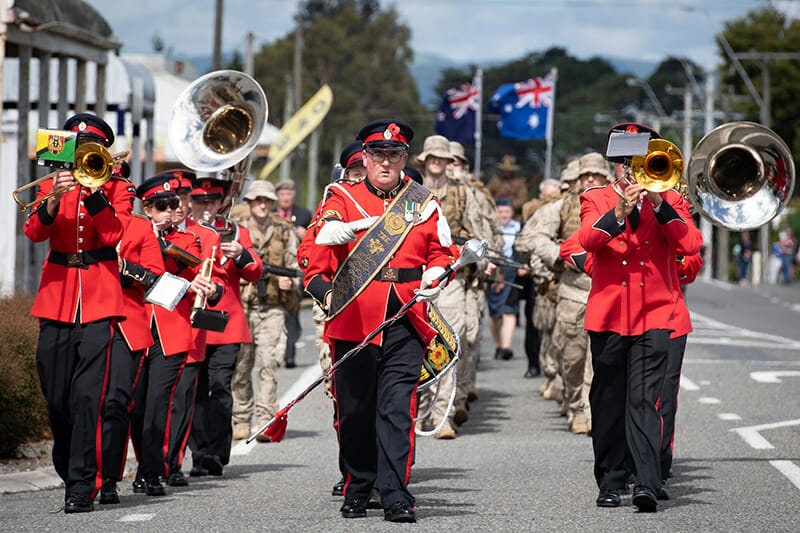 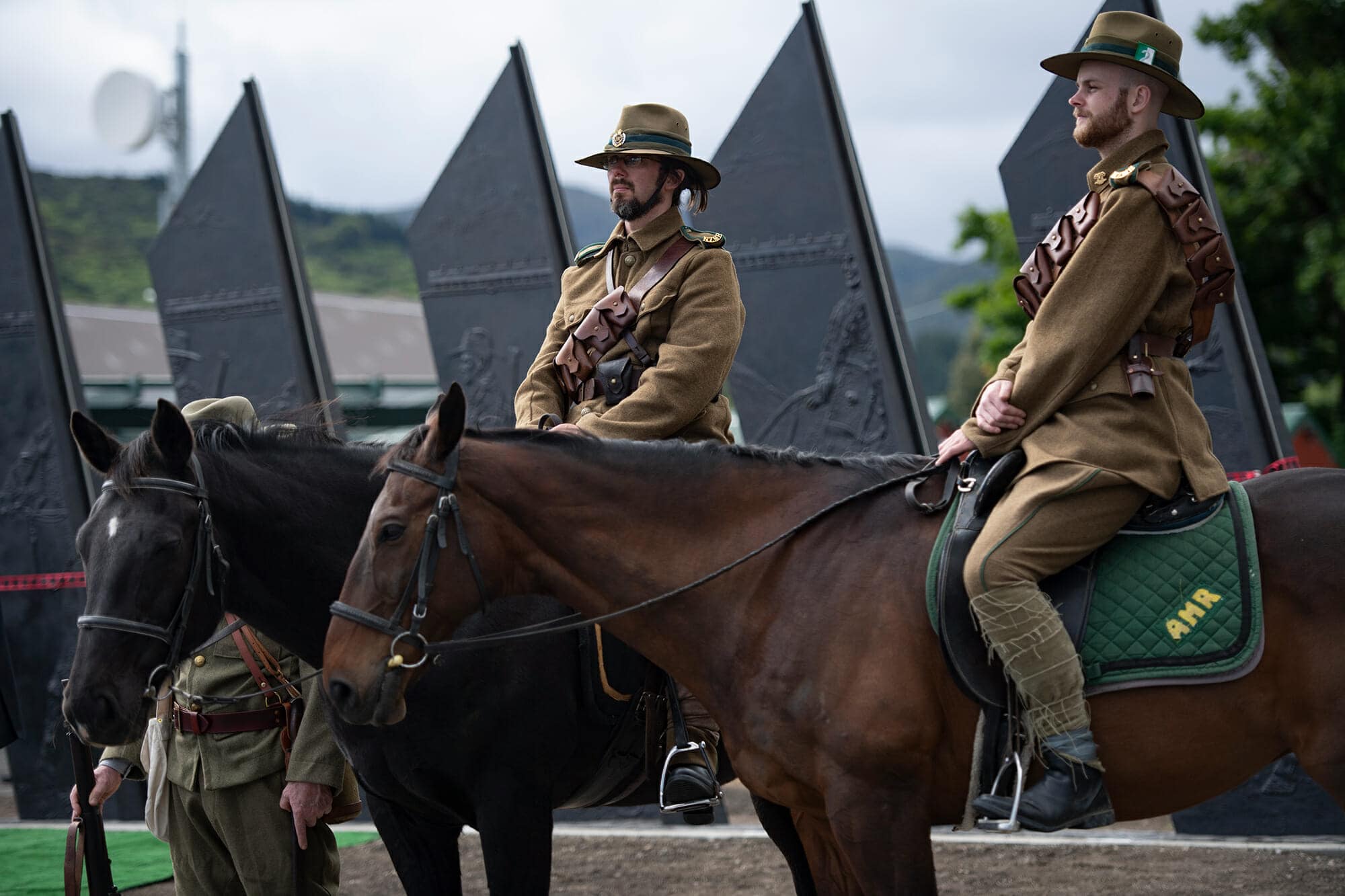 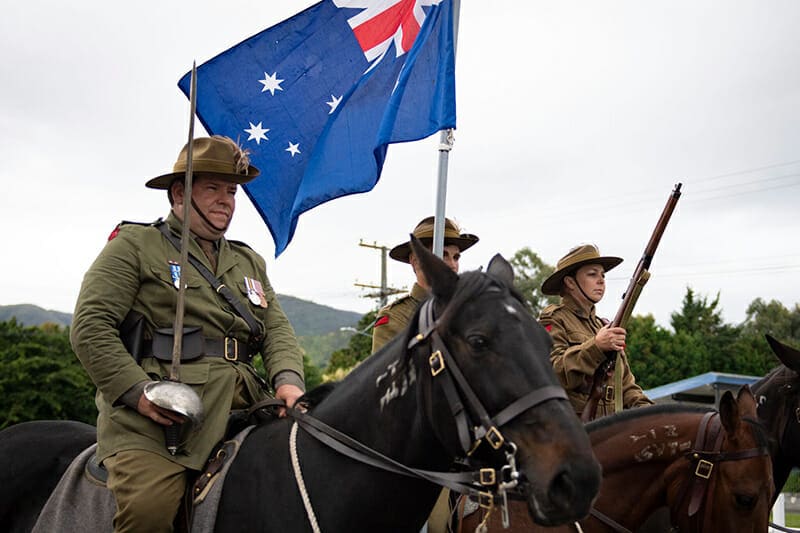