Efforts to restore Masterton’s once prized BMX track are gaining momentum with the promise of a facility as good as new, but with old style charm.

The Masterton BMX track, tucked away behind Wairarapa Hospital and the Colin Pugh Sports Bowl, has laid in a general state of neglect for nearly 20 years.

Kane Harris is leading a group of BMX enthusiasts who reckon it warrants being returned to its former glory.

In addition to the 60 plus hours that they have already collectively chalked up working on the track they need to raise $25,000 to do the “heavy work”.

A just announced $7,500 grant from the Trust House Foundation is a huge boost to the project, Kane says, and will hopefully open the way for other funders to come on-board.

“We are very appreciative of Trust House for their support and are now really confident that we can raise the money required to be able to complete the project,” Kane says.

Built in 1981 the track was home to the Central Wairarapa BMX Club, which in its heyday had more than 300 members. The track was rated as good as any in the country, hosting the North Island Championships in 1982.

It wasn’t that biking went out of favour that led to the club’s demise, rather the advent of mountain biking. By the mid 90’s the club had folded, and with it the track gradually fell into disrepair.

Judging by the number of Wairarapa folk who enjoy cycling, clearly there is an appetite for a decent BMX track, Kane says.

“The reality is we need more dedicated spaces like the track for children to develop safety skills and for kids to explore cycling.”

The Masterton track’s central location and proximity to other amenities make it a logical resource to develop, he says.

The group’s aim is to create an environment that supports children and their families to ride for fun and fitness and create great memories, Kane says. For thrill-seekers, the track will also provide an outlet for those with a competitive spirit to test their mettle and durability against other riders.

The Masterton track is one of the oldest in the country, and in terms of design and layout is a “classic”, says. Kane.

“We want to keep it as old school as possible so don’t want to make too many changes to it.”

When finished the track will be complete with all of the features of the “glory days” such as the white painted old tyres outlining the track.

Interest in the project has been steadily growing with followers on the Central Wairarapa BMX Club Facebook page now numbering over 320. If you want to get involved and support the restoration project, get online and check it out. 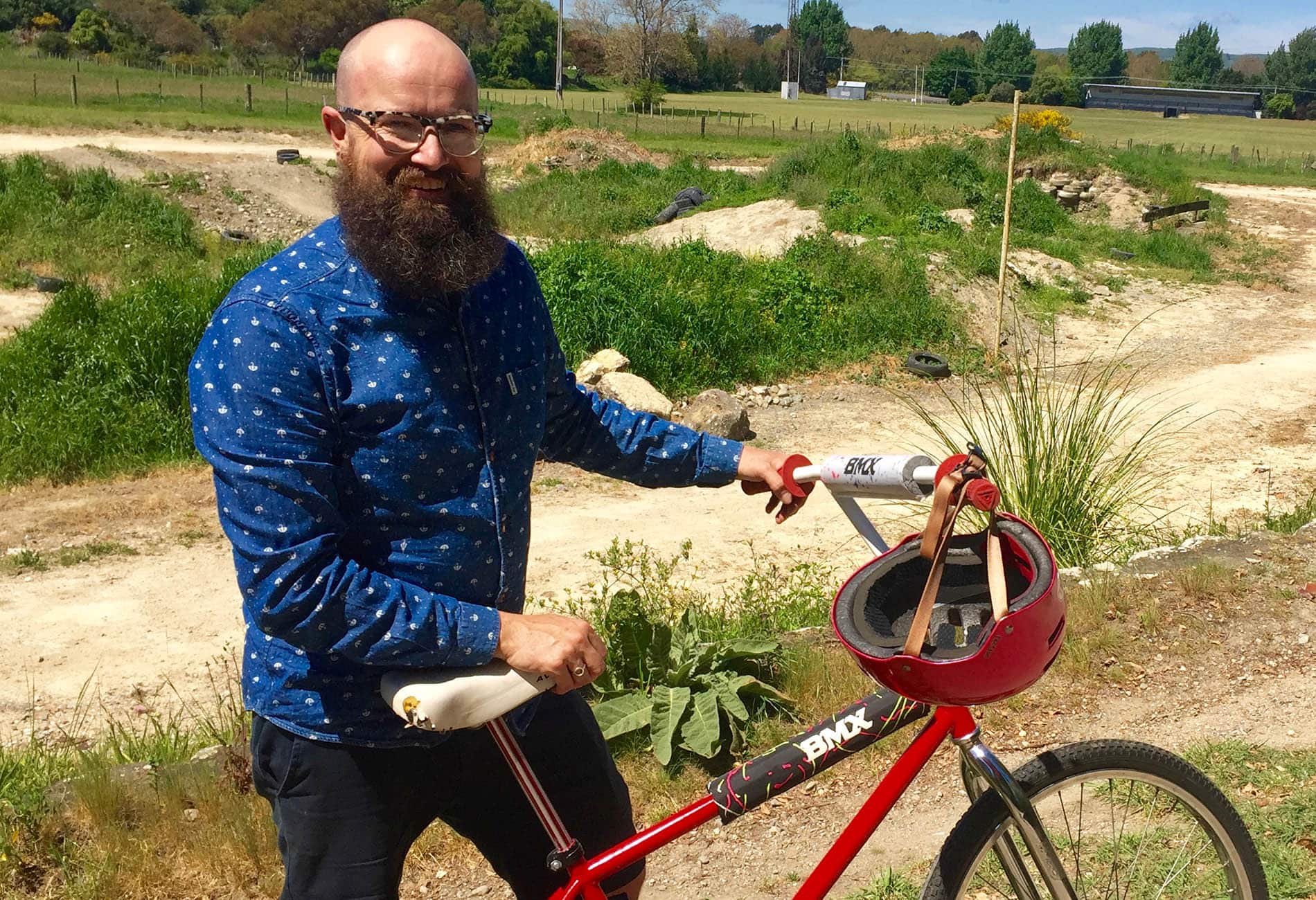 A $7,500 grant from the Trust House Foundation is a huge boost to getting the Masterton BMX track restored and back to its former glory, says Central Wairarapa BMX Club president Kane Harris.