Masterton Motorplex will soon boast track-side timing and lighting facilities befitting its status as one of the best drag race strips in the country.

The top of the range gear is the last “piece of the jigsaw” for the international-standard drag racing track, says Masterton Motorplex track manager Bob Wilton.

“For spectators and fans of drag racing its going to give that real ‘wow factor’,” Wilton says.

While the track already features the ubiquitous Christmas tree lights on the starting grid, the new timing board and display provides real-time information on drivers and their just completed run.

“There is no delay between what has just happened and when the spectators find out . . . if a record falls, or a driver smashes a personal best everyone knows about it straight away.”

Ideally the timing boards should have been installed when the new track was opened four years ago, but finances and commitments to other facilities such as public toilets were an “obvious priority”.

“I suppose they are a ‘nice to have’ and not really an essential, but they really add to the experience of being at a drags meeting,” Wilton says.

Masterton Motorplex has been a key cog in the wheel of drag racing in New Zealand for 20 years.

For much of that time it used the runway at the Hood Aerodrome, until a massive fund raising effort saw the near 1km long track constructed in 2014. Not only is it the first purpose built track in New Zealand in nearly 40 years, it is also the country’s widest, at 20m, and has the longest concrete “launch pad”, at 155m, according to Wilton.

Trust House has been full-speed behind Masterton Motorplex for a number of years committing $800,000 towards the construction of the new track. The community owned organisation is continuing its support with a grant of $24,000 to the latest initiative.

“Without Trust House’s ongoing support we simply wouldn’t be here . . . they have been just outstanding.”

Wilton says there is strong evidence that it is an investment from which the community is reaping rich rewards. Economic data shows that the track brings in annually around $2.6million to the local community, he says.

With five major meetings a year the drag track pulls in more people to the region than any other event. National events draw in the country’s top drivers, representing a variety of classes – from front end dragsters, modified and super charged outlaws to dragstalgia cars and super sedans.

The top drag cars reach speeds of up to 370kmh.

“The noise and the atmosphere is mind-blowing, it’s petrolhead heaven,” Wilton says. 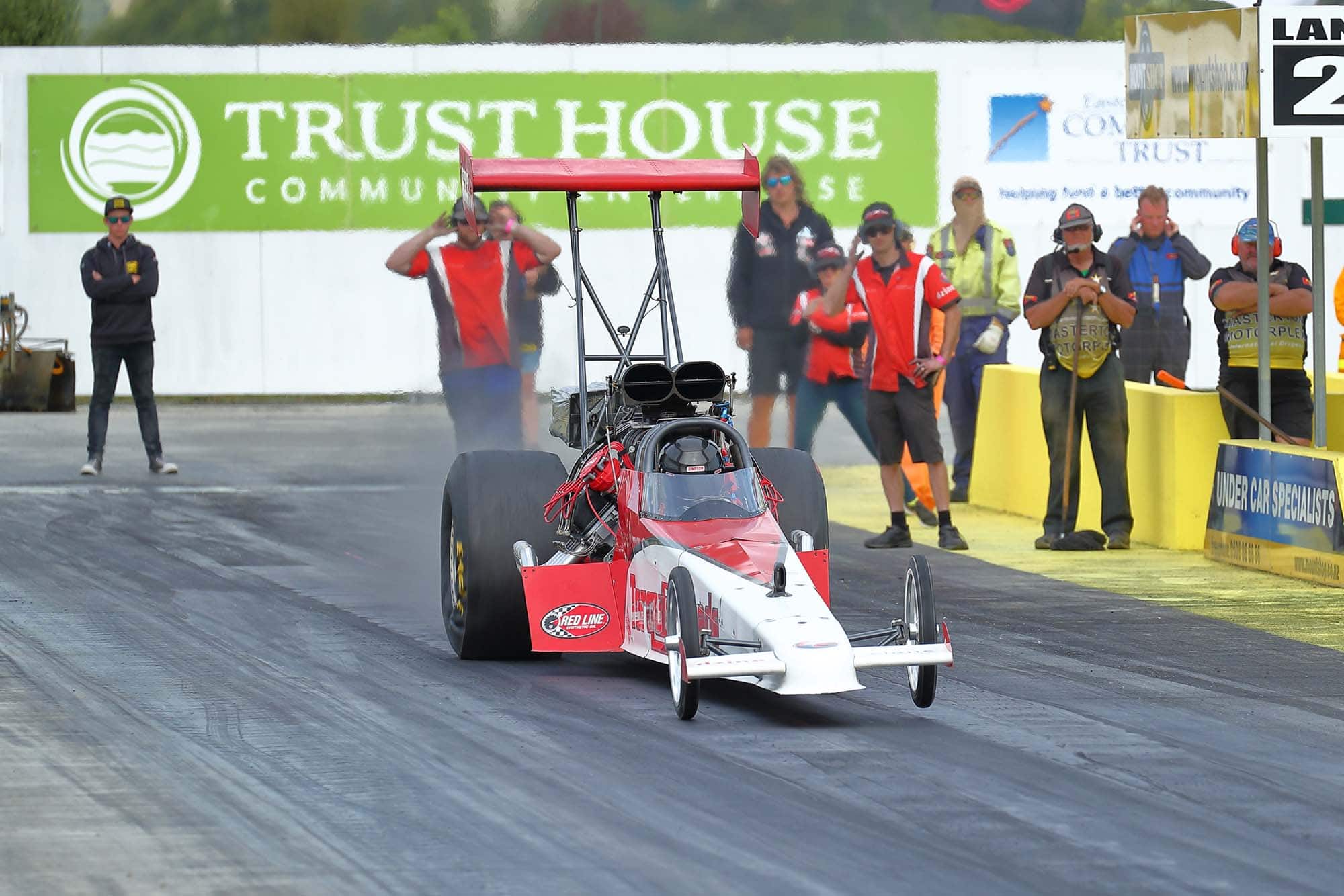