With art, culture and sport considered the usual beneficiaries of Trust House donations, community health and wellbeing is also getting a healthy slice of the pie.

Since 2009 the Trust House Foundation has provided around $175,000 of funding for automatic external defibrillators (AEDs).

Thanks to Trust House, 31 of the life saving devices are located throughout the district.

An initial grant of $139,000 nine years ago to St John Wairarapa enabled the purchase of the AEDs and also supported training. Every second year since, an additional grant of between $8-10,000 has been awarded for maintenance and, where necessary, replacement.

St John Wairarapa operational volunteer John Wells says the beauty of AEDs is their ease of use, meaning someone having the confidence to take action when a person is in cardiac arrest can be the difference between a life saved or a life lost.

An AED works by delivering a short, powerful electric shock to the heart, helping the heart to regain its natural rhythm.

Automatic voice prompts guide the user through the rescue procedure, enabling efficient CPR to be administered in conjunction with AED use.

On average 35-45 people within Wairarapa suffer the adverse effects of a sudden heart attack each year. The survival rate for such victims can be as low as 5% without immediate effective intervention.

Some heart attacks will inevitably be fatal but early intervention of both effective CPR and defibrillation raise the chances of survival dramatically. Intervention within three to four minutes can increase the chance of patient survival by up to 50 per cent, according to St John.

The AED’s are in all Wairarapa towns as well as rural and coastal centres. Their locations can be easily found on aedlocations.co.nz, an online map showing the location of all publicly available AEDs in New Zealand.

St John is one of several organisations that support Restart a Heart Day, held this year on Monday, 16 October. The campaign, initiated by the European Resuscitation Council in 2013, was established to stem the international death toll from sudden cardiac arrest – estimated to be more than three million people every year.

A European Parliament declaration in 2012 called for several initiatives, including programmes to introduce AEDs in public places and the training of people in the community; changes in legislation to encourage CPR and defibrillation by non-medical people and the set-up of a European cardiac arrest awareness week. 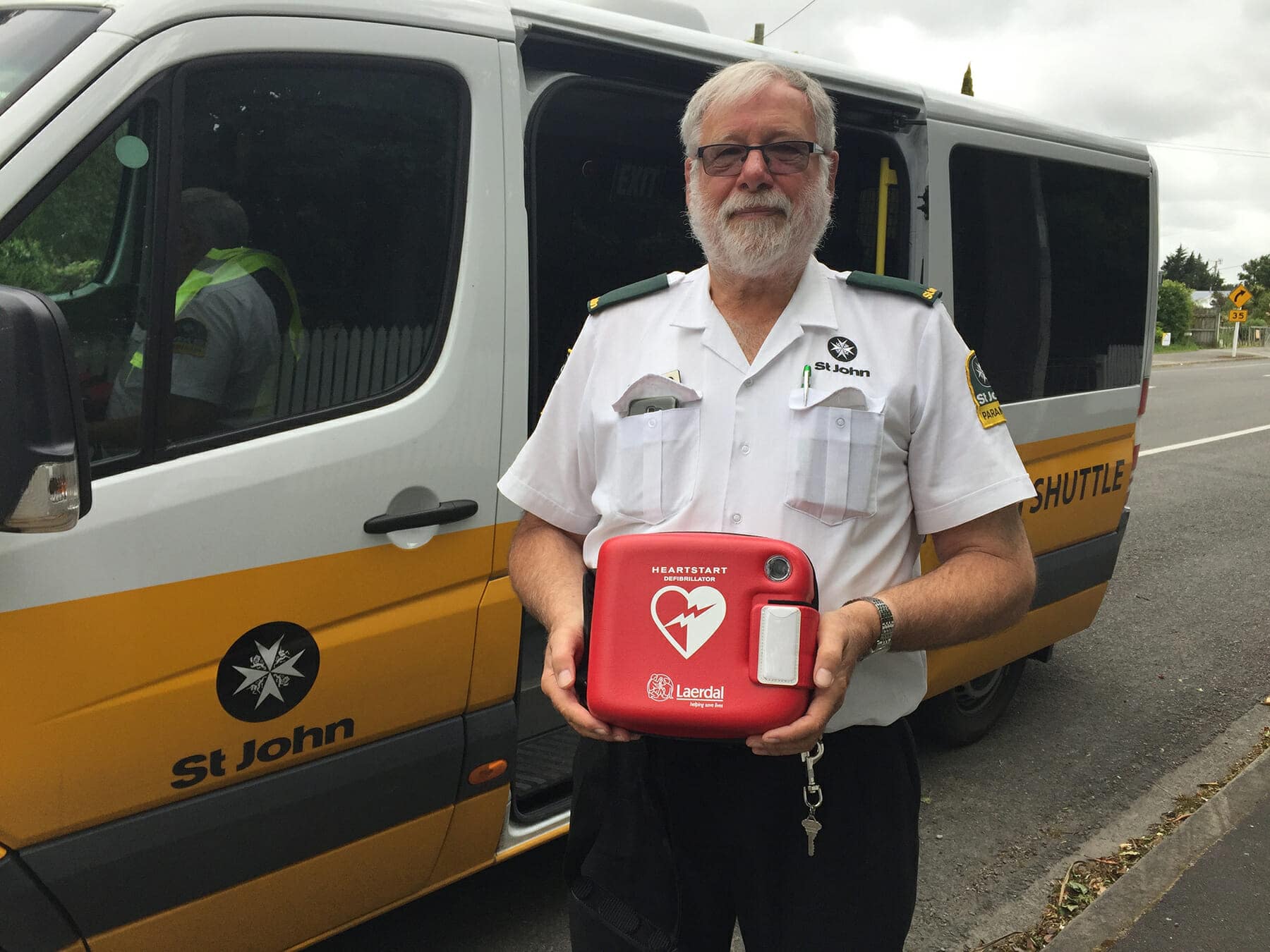