A simple park is helping to make Masterton East the “best little community” in town.

To a passerby, McJorrow Park may look like any other playground, but for many of the residents in the “Cameron Block” it has slowly become an emblem of togetherness, and source of pride.

Located in between the Cameron Block and the Waipoua River, for years McJorrow Park was simply a field, used for junior football in the winter and left to sit idle in the summer.

However, the community recognised that the forgotten corner of Masterton – tucked in behind the Colombo Road Netball Courts – has the potential to be much more. Led by Connecting Communities Wairarapa, and funded by Masterton District Council, it underwent its first makeover two years ago, with the installation of playgrounds and an asphalt basketball court, on the boundary adjacent to Cameron Crescent.

In addition, HG Group Ltd has gifted $6,000 towards seating and outside tables. The stone filled park-benches will be made using “awa” from the nearby confluence of the Waipoua and Ruamahānga Rivers. Henley Mens Shed is helping with the wooden seating tops. Makoura College students are building three large picnic tables. Also planned, but still to be funded, is an electric stainless steel BBQ with shade.

Connecting Communities Wairarapa community development coordinator, Maria Bennett, says from the outset the project has been led by the Eastside Community Group, residents of Cameron Block.

“We’ve had consultation with mums and other park users, so all of this work is a direct response to the sorts of things that they want,” Maria says.

“Having a hands-on role in fundraising and decision-making has meant that [this] community has really taken ownership of the park. They recognise it as a really important place for their community to share and come together.”

The Eastside Community Group operates out of Te Awhina Cameron Community House, located in the heart of the Cameron Block.

Co-ordinator Donna Gray says ever since the playgrounds were built, McJorrow has become a popular hang-out for Eastside whanau.

“A lot of people in this area don’t own cars, so the park is really important for them . . . it is also somewhere that youth and parents can come together,” Donna says.

She is a huge champion of the Cameron Block neighbourhood, believing that the sense of community and support, that is so evident, make it the “best little community in Masterton”.

Frustrated at the occasional bad press, Maria hopes that residents in the wider Masterton community make the effort to get along to McJorrow to form their own judgement.

“We are trying to change the perception that a lot of people seem to have about what goes on in this part of town.”

The Eastside Community Group will continue to look at initiatives to encourage wider use of McJorrow, Maria says.

A regular event in recent years has been the Whiti te ra festival in December. Whiti te ra means “let the sun shine” and carries the bi-line “because the sun always rises in the east”. It is also the closing line of the famous haka, Ka mate, Ka mate and has the connotation of “take a look at me and what I have to offer!” 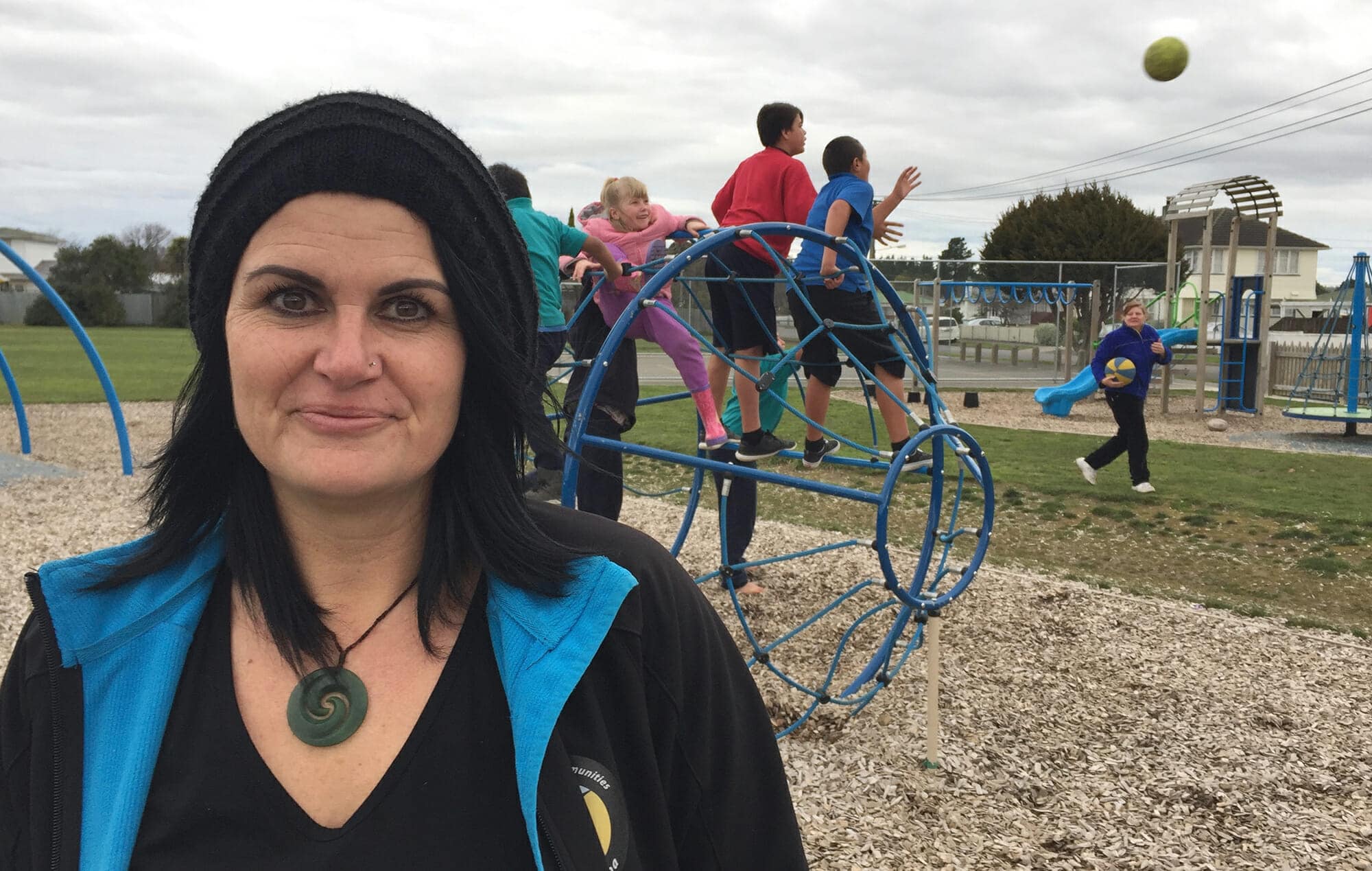 With funding from Trust House the next stage of development at McJorrow Park in Masterton East can get underway. Pictured is Maria Bennett, from Connecting Communities Wairarapa at the park.